It might not have a glamorous reputation, and it may not look like the easiest exercise to get to grips with. Still, the next time you’re queueing for the treadmill, there could be good reason to consider a stint on the rower instead. That’s according to Dr. Cameron Nichol, a doctor, former Olympic rower, and … Read more

In terms of training value for time spent, there is little that comes close to rowing. It is a cardio, it is anaerobic and it is strengthening. By building rowing in to your CrossFit workout instead of running, you will be increasing the intensity and effectiveness of your training session several fold. To understand why … Read more

Have you ever watched somebody row well and felt frustrated that the meters — or the calories — seemed to fly by for them and not for you? Do you cringe when the workout of the day involves rowing? If you are nodding yes to either of these questions, keep reading. Understanding the rower, combined … Read more

The rowing machine is one of the most effective yet most neglected pieces of equipment in the gym. The reason for this probably that it takes a bit of practice to get the technique right, but it is essential that you do. Have a look at this before you begin: https://www.youtube.com/watch?v=zQ82RYIFLN8 and then spend a bit … Read more

Lacking motivation often causes people to not reach their weight loss goal. The following are some ways for you to make exercise more enjoyable and successful.

YOU MAY HAVE noticed a rowing machine, otherwise known as an ergometer or “erg,” gathering dust in the corner of your neighborhood gym or as Frank and Claire Underwood’s workout of choice in House of Cards. If you’re a CrossFitter, there’s a good chance you’ve probably even used one in a workout before.

There’s also a good chance you’re using it all wrong.

While the rowing machine is an incredibly efficient, full-body workout that allows the athlete to build aerobic endurance and muscular strength at the same time, a lack of proper technique and training is common among gym-goers and can lead to injuries and misuse. So we asked experts from the number one collegiate men’s crew team in the country at the University of California – Berkeley—Head Coach Mike Teti and Associate Head Coach Scott Frandsen—to give you the lowdown on everything you need to know about the rowing machine. Both are Olympic medalists (Teti is both a medalist as an athlete and a coach) who know exactly what it takes, in the gym and on the water, to get in gold medal-winning shape.

In order to get the most out of your time on the rowing machine you should:

Muscle formation and stamina increases with rowing – perfect for men!

Conventional fitness equipment primarily focuses on either the individual parts of the body or specific muscle groups; however, this is not the case with rowing. Rowing is a total body workout, where both cardio and strength are equally trained. Strong resistance at regular short periods will help grow your muscles. Especially the back, arm and leg muscles and the stamina are trained with the help of Rowing. However, training for longer periods improves endurance helping protect you from many diseases that often occur in untrained people of the same age.

Rowing, not only offers an optimal training for men, but slowly more and more women are also discovering the benefits of rowing for workouts for both muscle strength and aerobic fitness. In contrast to a treadmill or cross-trainer, the rowing machine stresses the whole body. In particular, legs, arms, shoulders, stomach, and the back are functionally trained. Such a strengthening full body workout boosts post training calorie consumption and therefore helps reduce weight.

In previous years, spinning was the workout craze. Today, It’s been upgraded to rowing. You don’t want to miss out.

At first glance, rowing seems to belong to the well-heeled and faintly evil. In House of Cards the Underwoods stoically row their way into the right fitness level for world domination. The Winklevosses, those large adult twins, rowed big boats at the real Harvard and at the thinly fictionalized Harvard of the The Social Network. Before their time, way back in 1852, Harvard raced Yale in the U.S. first-ever intercollegiate sporting event. Steel magnate Andrew Carnegie built a 262-acre manmade lake in Princeton, New Jersey just so the university’s varsity crew team could have a less crowded place to train. 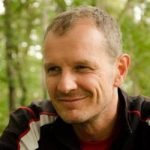